Cihan Ünal, who started acting with the movie Fiddler on the Roof, is one of the faces we have seen on screens for many years. Cihan Ünal's films, which started his career with theater acting and vocalizations, he appeared in many branches of art, and continues to appear.. So, who is Cihan Unal? What works has he been involved in so far? In this article, we have compiled those who are curious about Cihan Ünal with his art and private life.

Ünal, who took his place in the cinema in 1971, in his second feature film, one of the Turkish horror classics. Devil He went to the screen with his work. He is also an academic Cihan Ünal lectured at Ankara State Conservatory Acting Department. Ünal, who assisted Cüneyt Gökçer between 1971-1973, entered the same university as an instructor. The famous name took part in diction, mimic, role and stage classes at Ankara State Conservatory as a lecturer.

Cihan Ünal, who continues his artistic life in addition to his academic life, has appeared in more than twenty films as an actor to date. Ünal, who is also a director as well as acting, He directed two theaters in different years. Cihan Ünal, who currently teaches diction, announcer, voice-over and acting continues his multi-faceted art and academy life.

We watch Cihan Ünal's great acting as Davut Bahadır (commander) in the TV series The Lone Wolf, which sheds light on Turkey's recent history, saying "hello" to television this year. In this series, Ünal gives life to the character of an old intelligence officer, whose life is spent with wars.

Cihan Ünal, known for his TV series, theater and actor identity, was born on January 22, 1946 in Kastamonu. Ünal, who started his education life in Kırklareli, spent his secondary school, high school and university periods in different parts of Ankara. Cihan Ünal, who shaped his life in Ankara Radio Children's Club during his secondary school years, was acting as an amateur in children's theater and private theaters at that time. The famous name, who attended theater courses in Ankara Community Center during his high school years, later took place as an actor in this institution. Unal, who received training from names such as Nüzhet Şenbay, Nurettin Sevin, Suat Taşer, Haldun Marlalı and Mahir Canova, thus laid the foundations of acting.

Cihan Ünal, who received a British Council scholarship in 1982, went to London and added new experiences to his journey there. Ünal evaluated all the opportunities that would contribute to him in acting education.He continued his education by attending rehearsals at the Royal National Theater and the Royal Shakespeare Company. Cihan Ünal was a guest on different stages by being a guest lecturer at RADA (Royal Academy of Dramatic Art) at the same time.

The famous name, who continued his duty at the Ankara State Theater until 1983, between 1987 and 2000. He continued his career as a lecturer at Mimar Sinan University State Conservatory Theater Department. Cihan Ünal, who participated in special education and courses, started to give courses and training in many places in 1997. Unal; He taught acting at Yeditepe University, and diction, mimic, role and stage lessons at Hacettepe University State Conservatory. He continued his academic life by building on successes like his art life.

In addition to acting as a theater actor and trainer, Ünal appears in many TV series and movies. keeps coming out. Addressing large audiences with the TV series he played with Türkan Şoray and Hülya Avşar, Ünal has been creating unforgettable works in the TV series and cinema industry since 1980.

Cihan Unal TV series She draws attention with her private life as well as her private life. Unal, who is known to have been married four times in total, has two daughters, Irmak Ünal and Yağmur Ünal. Unal, who made his first marriage to Sabiha Tarhan, has a daughter named Irmak from this marriage.  had come. Cihan Ünal, who made his second marriage to Türkan Şoray, whom he met on the set of the movie Mine, had a daughter named Yağmur Ünal from this marriage.

Who is Cihan Unal as a Theater Actor?

Cihan Ünal, who attended theater courses in Ankara Community Center in 1962, met with his audience by acting in the same institution. Cihan Ünal, a member of the UK-based Center for Performance Research and Theater Actors Association, took part in many theater plays in our country and in the UK. Having played the leading role in theater since 1963, Cihan Ünal appeared before the audience in various roles in more than twenty theaters..

Cihan Ünal, whom we have seen on the theater stage since 1960, took part in many theater genres as an amateur and master actor. So, in which works did Cihan Unal take part as a theater actor? Here are the works of Cihan Ünal as a theater actor;

Some of the Characters Given to Life by Cihan Ünal

We have seen Cihan Ünal, who has given life to his works with his voice, character and acting, in many roles. Some of the characters brought to life by Cihan Ünal, who also appears in the exhibition of theater works that have survived from the past to the present;

Bagdad Hatun– Bahadir Khan: Written by Güngör Dilmen, this two-act theater play takes place in the 14th century during the Ilkhanate period. Cihan Ünal plays Bahadır Han in this theatrical play, which deals with taking over the state administration with various intrigues. In the play, the passionate wife of Bahadır Khan is Bağdat Hatun.

Romeo and Juliet - Tybalt: Romeo and Juliet, by William Shakespeare  It is about the love adventure of the young people of two hostile families who love each other. The famous actor plays the character of Tybalt in this work, in which Cihan Ünal does not take the leading role. Unal, as Tybalt character, appears in the play as Juliet's cousin and the nephew of Lord Capulet's wife.

All Over - George Schneider: This play is one of the trilogy in which Neil Simon tells about his life starting from his childhood. Cihan Ünal appears in the character of George Schneider in the play From The New Beginning, which reflects the real life of Neil Simon.

Who is Cihan Unal as a Cinema Artist?

He has been in front of the audience since 1972. Cihan Unal TV series and continues to get full marks from the audience with his films. Continuing to take place in the world of cinema until 2018, Ünal appears with different characters in a total of fifteen films. Here are the movies featuring the famous actor and the characters he played;

Confused - Unal: We see Cihan Ünal in the movie Heads Mixed, which deals with an adventurous story that goes through the group of heads. In this domestic comedy production, the famous name appears with the character of Ünal. Cihan Ünal plays the grandfather of Buse, the girl he loves Atakan character in the movie Kafalar.

Night Dance Prisoners – Haluk: In this movie, Cihan Unal, Cihan Ünal gives life to the character of Haluk in this film, which tells the story of a dancer woman trying to get between a journalist couple who are in love with each other. The character of Haluk, who plays the girlfriend of journalist Zeynep in the film, is torn between two women over time. Their relationship is going through a difficult period when Zeynep's roommate, dancer Hayal, comes into play.

The Enemy In My Heart - Cemil: A Turkish movie classic, The Enemy in My Heart tells the story of a famous businessman and his secretary. Cihan Ünal, who appears in the role of the boss, plays the character of Cemil in the movie. Turning his relationship with his secretary into an emotional rapprochement, Cemil moves away from his family over time. Demet has different plans for this relationship.

Mine- İlhan: Trying to maintain an unhappy marriage, Mine begins a forbidden love when she meets the writer İlhan. Cihan Ünal, who plays the character of İlhan in the movie, is the brother of Perihan, Mine's best friend.

Let's get to know these two works, directed by Cihan Ünal.

Six Dance Lessons in Six Weeks: Richard Alfieri: In this play starring Nevra Serezli and Cihan Ünal, Ünal is also in the director's chair. In this entertaining theatrical play, Serezli plays a woman who wants to take dance training in order to fill her loneliness in life with dance. Ünal, on the other hand, is a dance teacher who has various problems in his private life.

A dubbing You know Cihan Ünal, an artist from the background of many commercials, films and documentaries. Known mostly for his player identity, Ünal also advertisement and documentary emerges as one of the sought-after voices of his projects. Unal, who you mostly see in documentaries and commercials, now gives voiceover, presenting and diction training. The documentaries brought to life by Cihan Ünal's voice are as follows;

Specific tone color with the works of Ünal, who has given voice to many brands until today. BiberSA or BiberSA Youtube You can access via

How old is Cihan Unal?

Who is Cihan Ünal's Daughter(s)?

Two daughters were born from the marriages of the famous actress Cihan Ünal. . Cihan Ünal's daughters were born from different mothers. Cihan Ünal's daughters are Yağmur Ünal and Irmak Ünal. Born from his marriage to Türkan Şoray, his daughter Yağmur Ünal continues her career as a producer. Her older sister Irmak Ünal is the daughter of Cihan Ünal, who was born from his marriage to Sabiha Tarhan. Irmak Unal, who has been acting for a while; He took part in TV series that marked a prominent period such as Ah Istanbul, Acı Hayat and June Night.

Where is Cihan Unal from?

Where is Cihan Unal from? The question is one of the most frequently asked questions about the artist. Although the famous actor Cihan Ünal started his life in Kırklareli, his hometown is Kastamonu.

We call the process of translating an English video into Turkish as commercial dubbing. In the media production sector in Turkey... daha fazla oku 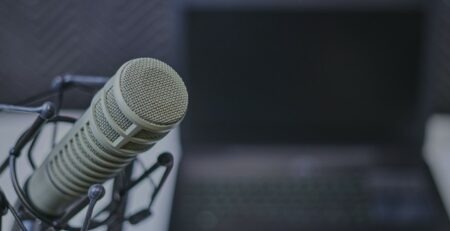